Today, it seems like an unspoken letterpress rule that one’s creations must feel retro and nostalgic—and perhaps even somewhat dated. After all, that makes sense for a practice with roots in the 15th century. But Swiss designer Dafi Kühne has been boldly breaking that silent standard for years. And with the help of editor Reto Caduff and Lars Müller Publishers, nearly a decade of Kühne’s unique letterpress stylings can now be found in True Print.

“Personally, I don’t collect posters from other designers—I’d rather have a catalog of their work,” says Kühne, explaining the inspiration behind his decision to publish True Print.

Kühne was introduced to letterpress printing while studying visual communications at Zurich University of the Arts. He later completed an internship with Hatch Show Print in Nashville, TN—one of the oldest and largest wood type printing shops in the U.S. The real experimentation began when Kühne started mixing digital techniques, like laser cutting, with the analog printing press.

[related: Letterpress Goes for a Hike: The Printed Walk; Design History in 150 Seconds: The History of Letterpress; 10 Remarkable Letterpress Studios from Around the World]

“Working with physical printing blocks on old machinery bears a lot of limitations,” says Kühne. “You can’t just ‘command-P’ everything you make in Photoshop or Illustrator. Some of my posters are black only. They look very simple. But it might have taken me three or four print runs. … You need to know a lot about the technique to make it work on the press. If it all works out at the end, it’s a great satisfaction!” 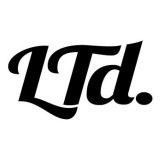